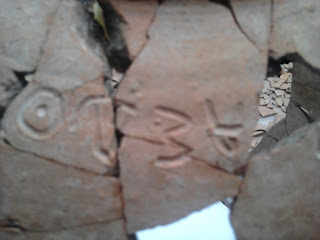 Haaretz twisted language, especially on racism: slaps it on cultural divisions or on safety but not on Arab Muslim racist attacks

The "competitive" tantrum trend among hard Israeli left to utter the "racism" terminology has been for some time.

They are ever so loud on isolated cases of violent attacks against Arabs which we all condemn, of course.

Yet, they are silent on every weekly attacks by racist Arabs targeting Jewish civilians (at times travelling for miles far away from own Arab town...). Of course, it's Arab Muslim terrorism but it's also anti-Jewish ethnic racism and religious bigotry.

Yet, will term any Israeli security measure as "racist." As if it's "not" saving lives, what it is really about.

Will minimize Arab Islamic Palestinian use of its own population as human shields (at least since 1980 by Arafat), and Israeli attempts to evacuate before an anti terror operation.
Will maximize exaggerate any claim of abuse.

Incidentally, with all the heavily funded anti Israel groups in Israel. Why isn't there any peace movement on the Arab Palestinian side, Hamas' Gaza or Fatah's Ramallah?

If one specific community wants to keep its unique education, they immediately cry "racism".

They are silent on every Israeli court case that favors Arab vs Jew. But ever so loud on any partial-discriminatory incident. Despite the fact, it is rather ultra-orthodox who feel most all out discriminated against, mainly prompted by anti-Religious hatred campaign by hard left like Haaretz.

It might very well be that at the beginning of "it's racism" rant, years ago, it was less meaning it, and more intented to shock, especially Jews, more sensitive, being victims, past and present of bigotry. But it has since become a "normal" language to utter it wherever, if for only that they 'can' float it. There is no check in it.

The decades routinely vilification of Jews isn't just mere irresponsible. It surpassed that level long ago.

Haaretz and the like, are not just biased. But hate mongers.